And:
Galerie Petit is shutting down.
My hobby horse, the media.

Museum Møhlmann invited me to participate in the exposition “Vee op stapel” (“Cattle in stock”). Great! I have always wanted to paint the horses and cows of the Pyrenees. They look gorgeous in that landscape. No litter there. Pure air, meadows ful of herbs. I love to walk there. The eye assumes its painter’s look as soon as these animals appear. Excitement surges at all kinds of painting opportunities. I run or steal about, clutching my camera, my eyes everywhere, except on the ground... Just a small hole, but I fell and sprained my ankle. 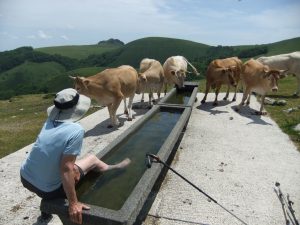 What are you doing here?

Nearby was a drinking trough, where I dipped in my painful foot. The cows gathered curiously and I somewhat feared their big bodies and large horns... They all stood around the other side of the trough, their eyes with their bigh lashes directed at me: “What are you doing here?”
How was I supposed to get back to base camp? My husband saw a jogger, far away. He took his emergency whistle and blew. The jogger ran on. After the third signal he turned. I waved my arms, signalling an emergency.
The man presented himself as an officer of the Guardia Civil. Well trained as he was, he said that, if necessary, he could carry me over the mountain streams we had to cross. Or should I stay back? No, I dragged myself on with my nordic walking sticks. Down in the village, the doctor reassured me. “If you were able to walk this far, it can’t be fractured.” X-rays weren’t available. Unfortunately, back home it turned out that my ankle was broken. Cow’s legs is what you need in the mountains!

Foal in the Pyrenees

Foal in the Pyrenees
No, this foal is neither a parade-horse nor a a wild one. Its legs are shorter than of its Dutch cousins. The young animal already has well developed muscles: running about among the rocks and ravines demands acrobatic skills. So far, I have not been able to ascertain what breed or race it is. The foal itself probably couldn’t care less. It will live its carefree life till it is fully grown. These horses are catlle, and are bred for their meat. No false romanticism here.

Mare with foal
For this image I would gladly suffer two broken ankles. Well, the suffering came anyway. Originally, the horses stood in the middle of the green, while I saw them before me in a spatious blue, a sort of horses’ paradise. Of course for the horses themselves that makes no sense at all, they prefer the green.
I photoshopped around: the blue could be the sky, but I preferred a mountain. A bluish mountain has to be far off: was my mountain not too high, and was there nothing between the horses and that far-off mountain top? 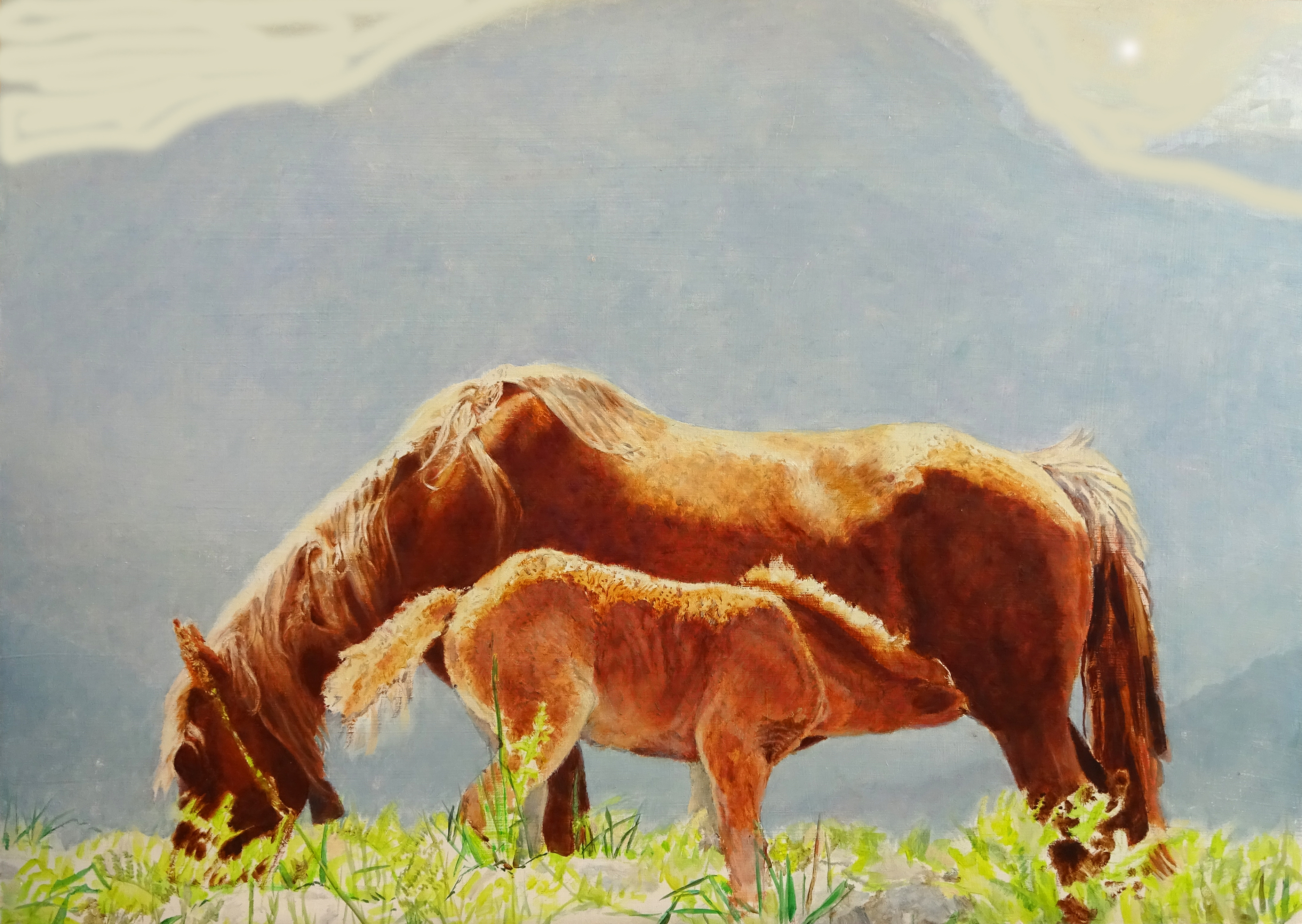 While I was painting, the contours of the mountain changed continuously. Some mountains appeared, others went away. That’s rather nice work. Nicer than painting those manes, that’s not so exciting; it’s rather slow and tedious, especially where the hairs are entangled. In the past, I used to be less hung up on details, and the painting process was nice and quick. But the way to the end doesn’t have be smooth all the time, if the end result gives pleasure. There has to be room for the irregular, the non-schematic. The concrete is often in the details. When to stop detailing? When it grows rigid. But... 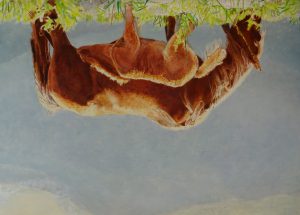 The contours of the mountains: should they echo or contrast the forms of the horses? Maybe I should add some snowy mountain tops?
I turned the painting upside down to get insight into the composition, independently from its representation. All of a sudden I find there is too much green-yellow facing the blue. So I put in more rock, white rock painted with titanium white mixed with a litlle burnt sienna. That contrasts better with the blue.

The painting is still unfinished... 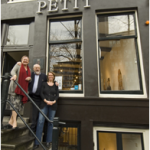 Sad news
Ton van Dijk, owner of Galerie Petit in Amsterdam, passed away in 2015. His widow Dobs followed him late 2016. The gallery is closed. I recently recovered my work in stock there.
How many good galleries for representational art are there left in Amsterdam? The can be counted on the fingers of one hand. That’s a shame, as one American art critic recently said, in the country that has seen a reflourishing of realism in our days.

My hobbyhorse, the media
Galerie Staphorsius, which also shows some of my work, got a lot of attention from the Dutch press this time. Part of the exhibit is dedicated to Rein Stuurman, illustrator of the birds’ guide in the Netherlands. For six weeks now, visitor numbers have doubled to an average of forty a day.
Mounting my hobby horse, I repeat: if the media would pay more attention to realist art, it would be in a much better position. For that, you need to educate the art journalists, and for that, you need to better the academic curricula, etc. etc.