The making of Tessa’s Portrait

Once I started on Tessa’s portrait. I was struck by her pose and charisma, and the small chair from Honduras fitted in very well. Still, whatever I tried, I didn’t like the colors.

I took a different approach and found a photo with lavender flowers on a mountain top in the Pyrenees, with beautiful violets and greens. Using Photoshop I filled in the background. All of a sudden I let that go on into the dress. Gotche! Sketching with Photoshop is so much quicker and it brings you all kinds of new ideas.
I didn’t want the lavender look like flowery wallpaper to continue into the dress, which I had seen somewhere. It should look ‘real’, spatial. Flowering, life, the pleasure of youth, a world that is open to you. Just as she stands there, with that smile. 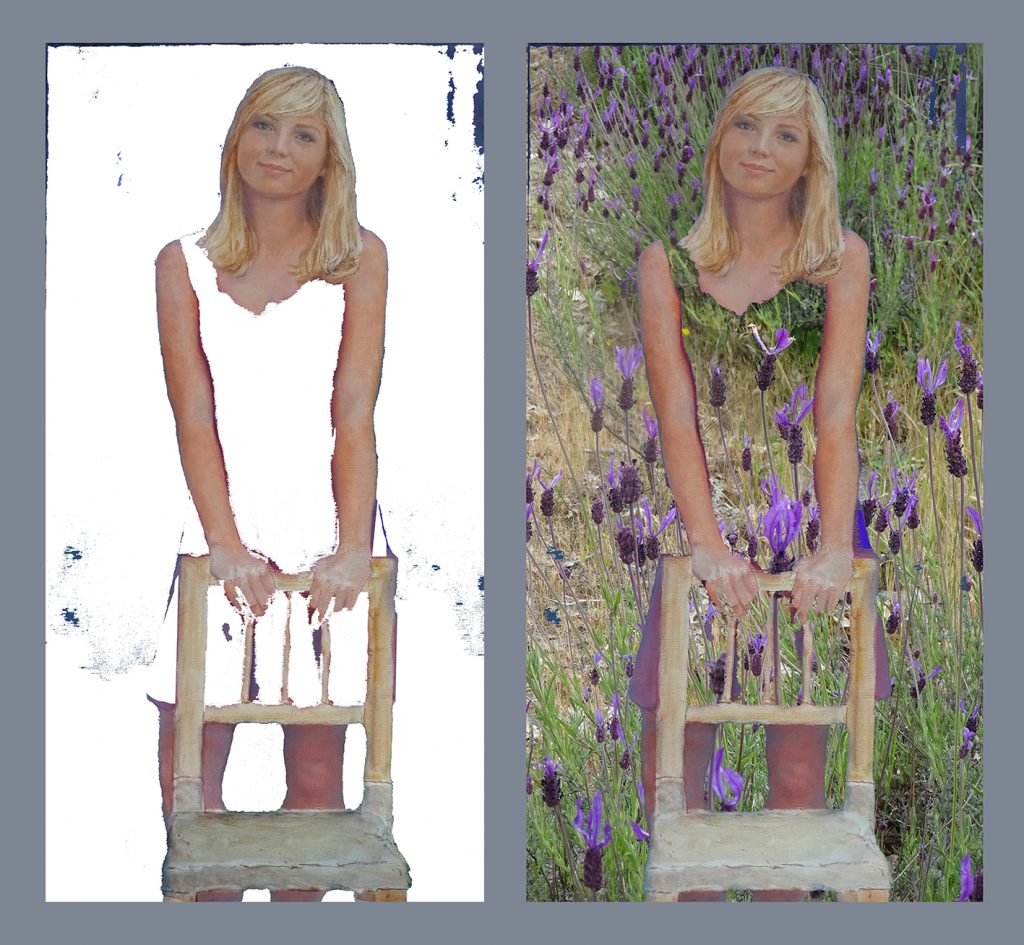 What had I got in to! Two differrent kinds of perspective had to be joined! The lavender plants themselves stood in the direction of an invisible horizon. But I didn’t want it to look like Tessa was standing among the lavender on that mountain. The dress with the lavender also made that impossible, because it made a standing plain surface. This whole idea turned out to go irritatingly slow, without any clue whatsoever for a happy turn out. Why oh why, you ms. Quixote! Only at the end would I know if I had succeeded. And if not: all those hours of work thrown away? But in my phantasy  it still looked phantastic. Giddy up, Rocinante! It turned out to be a two years quest.

Recently I was given a Dutch translation of the book: Art – The whole story (editor: Stephen Farthing; first published in 2010).
Beautiful pictures, handy time bars. I can’t judge the quality, but the Dutch title and subtitle promise to tell “the whole story” and “the right perspective”. At once I look up the last chapters: does it include contemporary realism? No! No? No! Well, Lucian Freud is included. He is mentioned under European figurative painting, which according tot the time bar lasted from 1945 till 1966. What? Freud wasn’t dead then and went on painting with gusto and realism. Just as figurative art (also called realism) is going till this day.

What else?
Oh yes, hyper realism is included, dated 1968 till today. But, but, modern realism is so much more. This omission can be blamed on the taboo on realism. Well, let’s do something about that. We’ve got the internet, where you can see wonderful contemporary realist works of art. Just a handful: 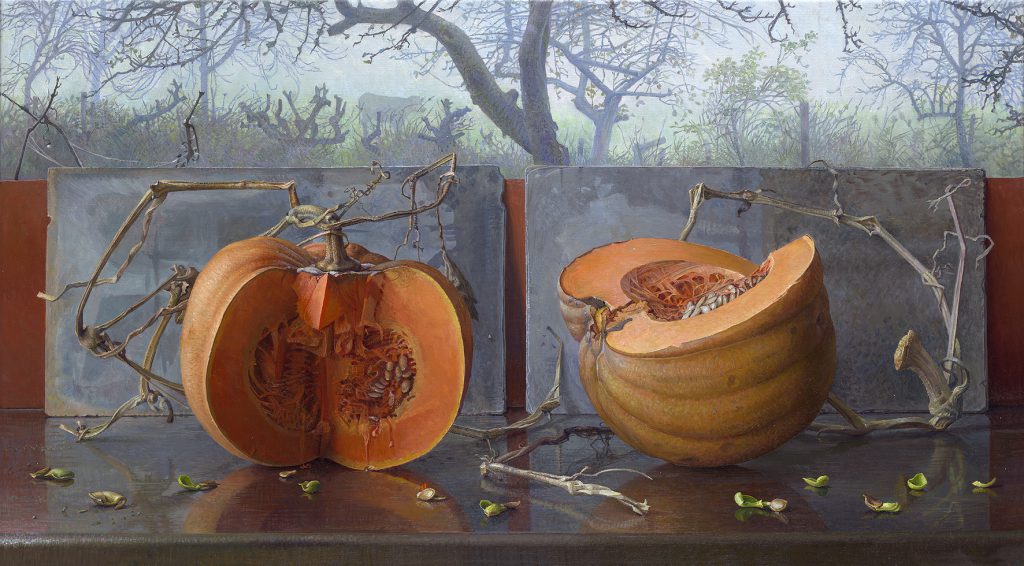 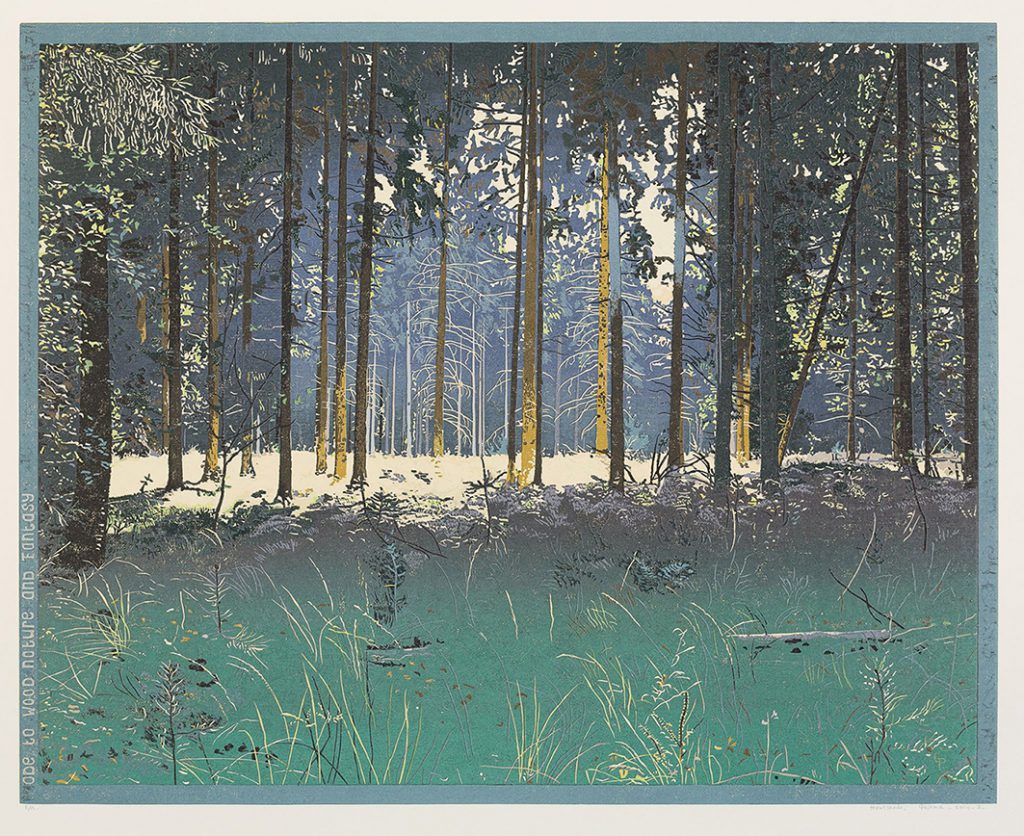 Art historian Peter Trippi, among many things curator of the exposition of Lawrence Alma-Tadema in the Fries Museum and Waterhouse in the Groninger Museum, once pointed out a significant and curious phenomenon. On the one hand we see long queues at the museums featuring 19th-century realist art. Quite a few spectators would love to have a Breitner or Mary Cassatt on their own wall. Well, we can’t afford those, can we? 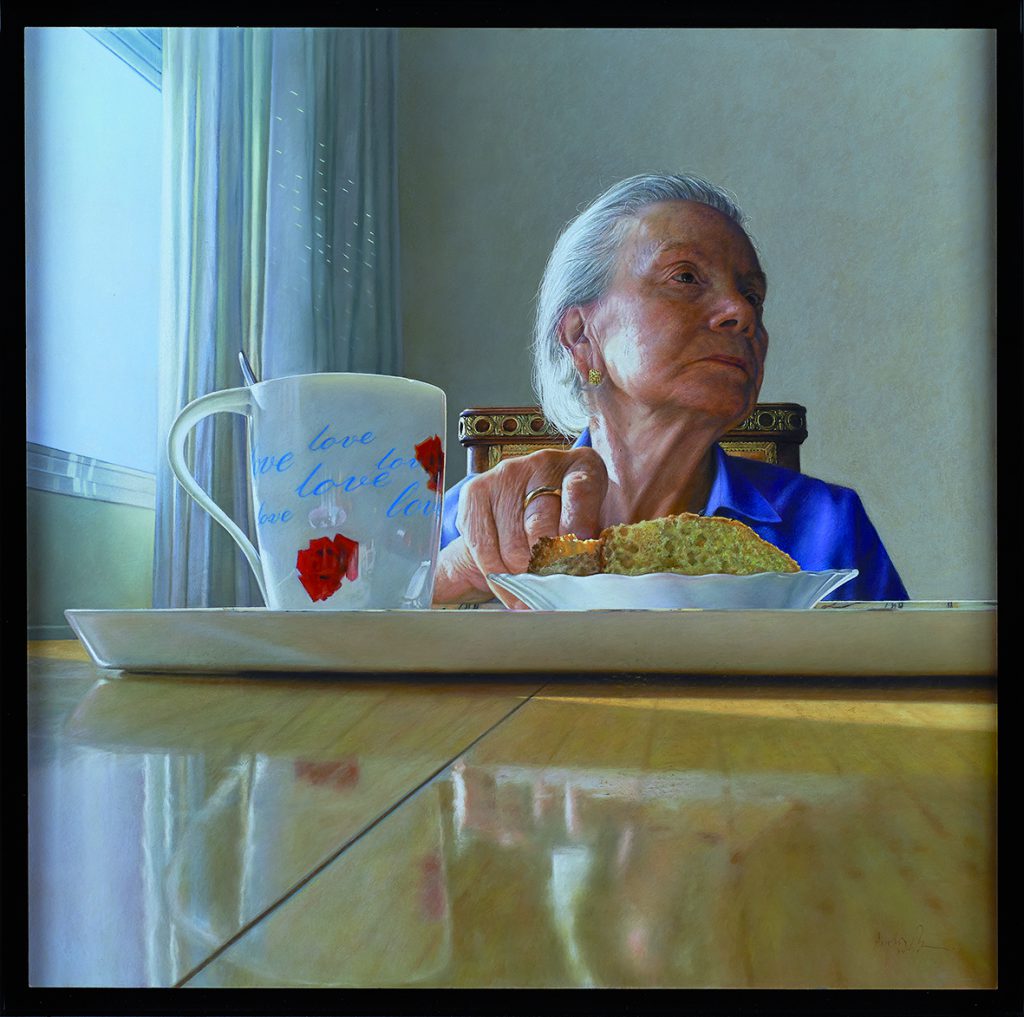 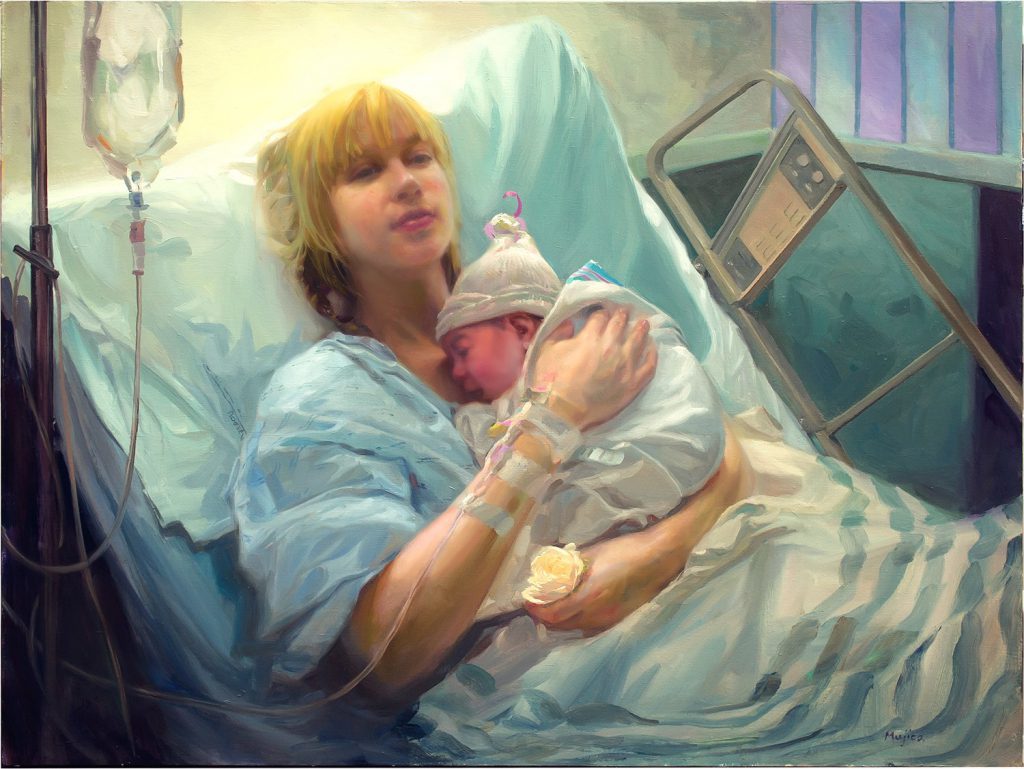 Wait,
because on the other hand there is affordable top-quality contemporary realist art. We can buy those! Only, because of the taboo, this art is not prominent in the media. The potential buyer doesn’t know it. Or is reluctant because of this taboo. 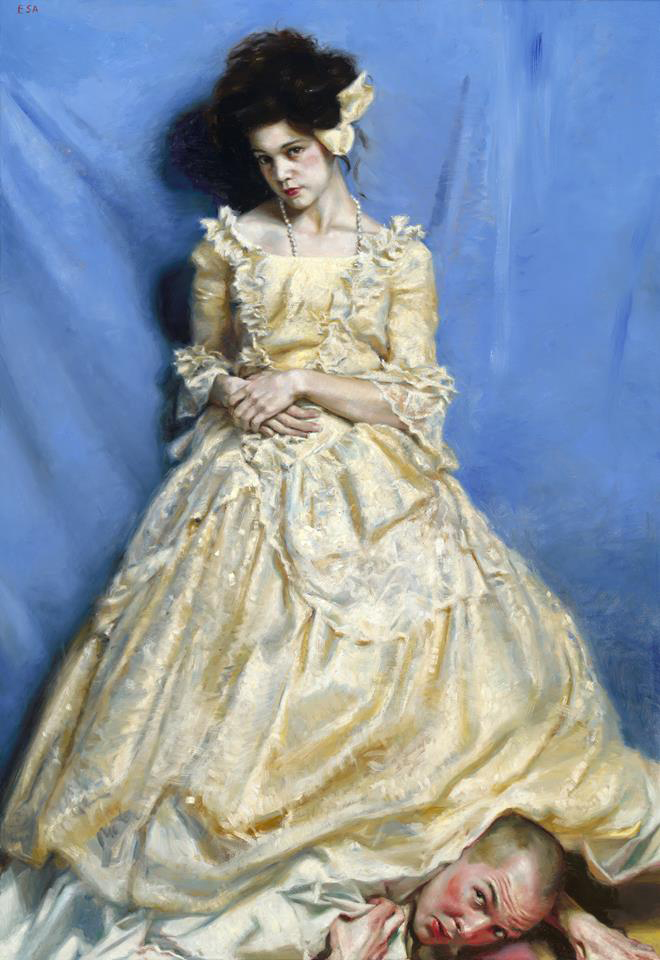 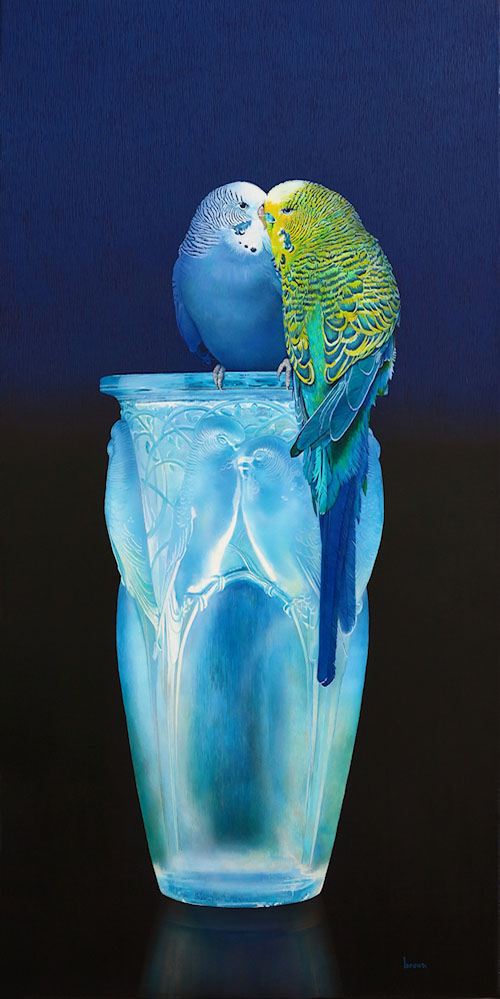 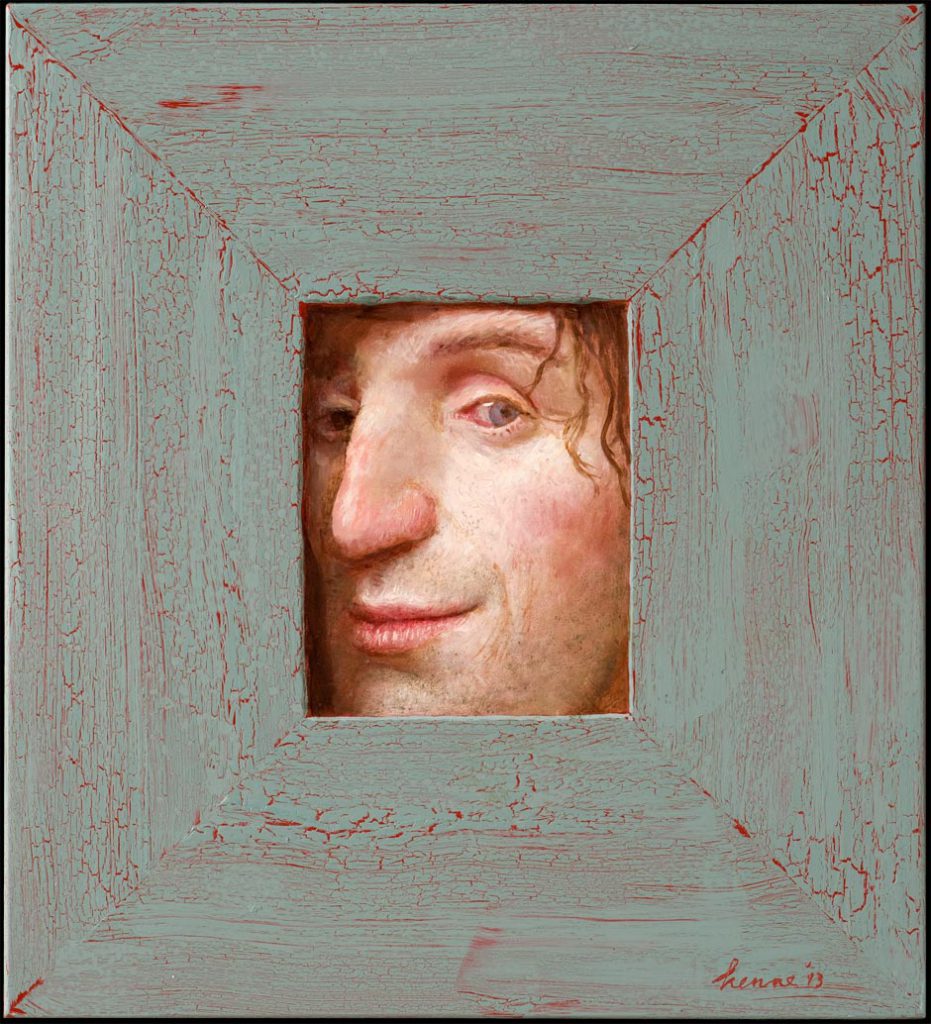 Nevertheless modern realism is alive and kicking – so much so that it is quite a movement nowadays in the US. It was already well established in the Netherlands. And now look at Spain. And Japan. And.. and.. 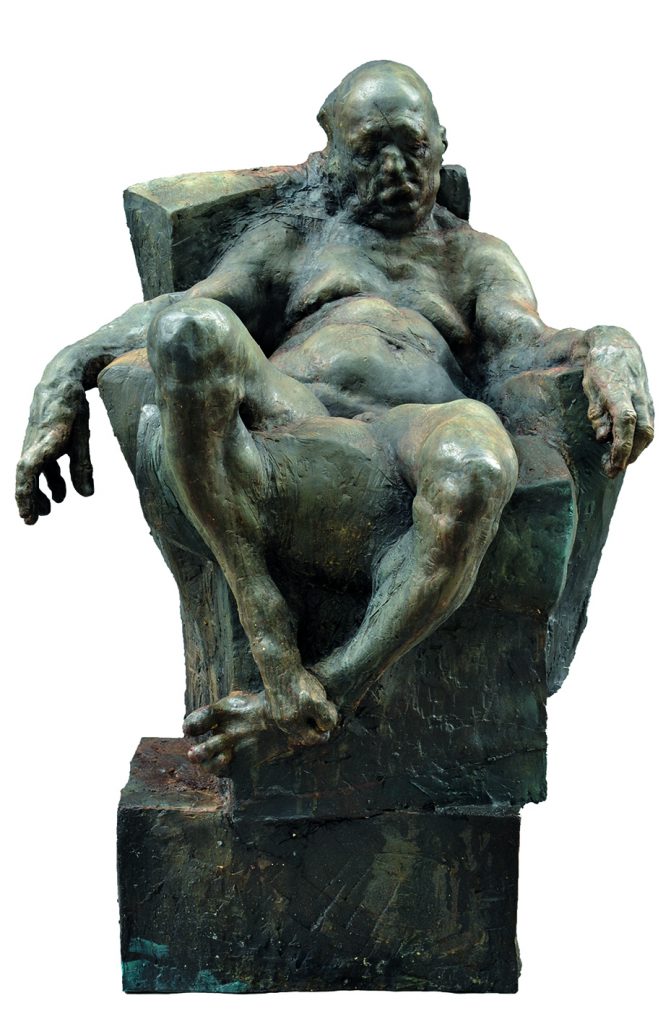 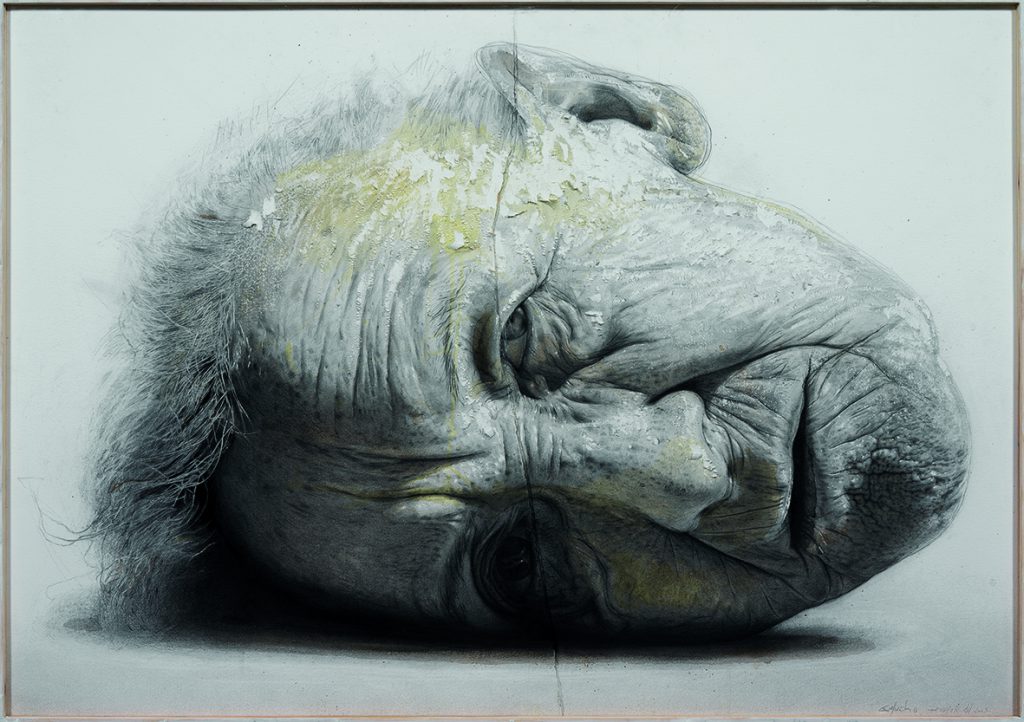 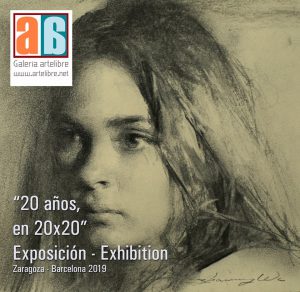 Galería artelibre in Zaragoza, Spain, exists for 20 years as an on-line art gallery. Founder and director is  José Enrique González. He is promoting modern realism thru all kinds of activities, especially the internationally renowned portrait competition ‘Modportrait’ – in co-operation with MEAM (Museu Europeo de Arte Moderno in Barcelona). He writes:

“From the very beginning we decided to create one of the first virtual galleries that would strongly support the figurative, realistic and hyper-realistic art.

Times were far from easy for this artistic current which was vilified, neglected and even forgotten by both, gallery owners and official bodies.

(…) Even though there is still a long way to go on this, this is the beginning of an unstoppable era.”

The “20 years” are being celebrated extensively, with works of art of 20×20 cms by 165 artists from all over the world. All framed in the same way, they are being exposed in beautiful rooms, shining like stars in the sky.

To be seen in Zaragoza in the beautiful Palacio Bantierra,
from March 7 till Apil 5.
In Barcelona in the swinging MEAM Museum, from July 9 till September 1st. 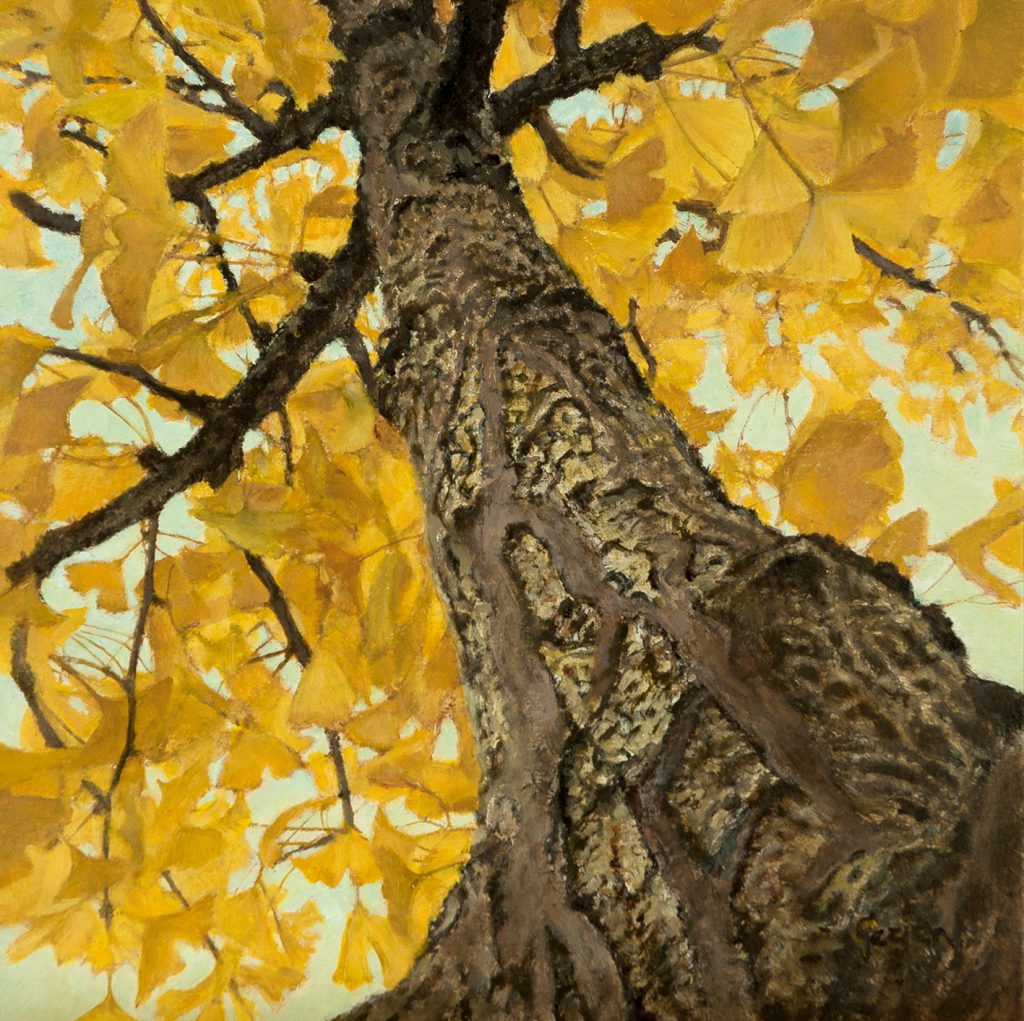 I am happy and proud that it includes my work “Our gingko in autumn”. And that I am part of Galería Artelibre, under “Grandes Autores”. https://www.artelibre.net/

Kunstzaal Van Heijningen
This art gallery in The Hague has created an on-line art platform, where my work is to be found as well.

Art Gallery Clatia
I was invited to participate on this on-line art platform from China. It includes internationally acclaimed artists, it looks real good! My page will come on-line shortly.

Bolivia
I was invited by the Fundación Cultural del Banco Central de Bolivia to expose in the Museo Nacional de Arte in La Paz, Bolivia, and the Centro de la Cultura Plurinacional in Santa Cruz, Bolivia. A great honor! 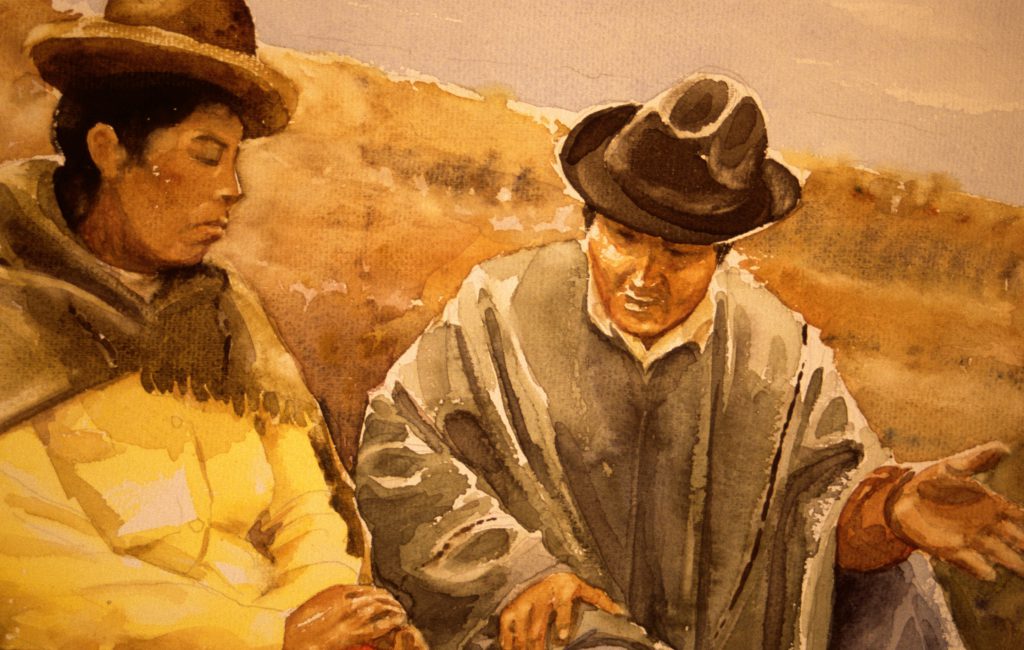 This is wonderful, because I lost my heart to Bolivia, where I worked for many years with lots of love as a sociologist, especially in developing educational material, and where I was able to study at the Escuela de Bellas Artes, the classical art academy in La Paz.