Dürer, A Draftsman Making a Perspective Drawing of a WomanIn May 2018 I gave a lecture, Imitation and Imagination, at TRAC2018 (The Representational Art Conference) in The Netherlands, together with Ernst van de Wetering, the world’s foremost authority on Rembrandt. His contribution was about Rembrandt and assessing quality. He compared works of Rembrandt with works of his pupils. His lecture  was  based  on: 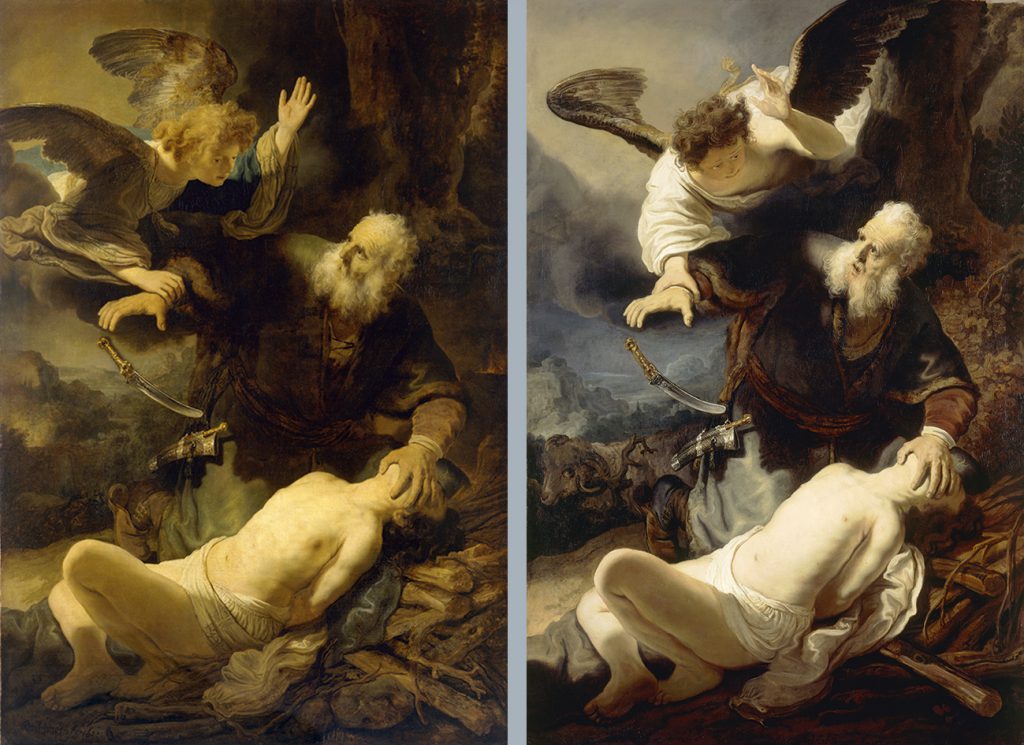 My lecture was on naturalistic realism, the area of tension between imitation and imagination in the classical art, including the contemporary variant.
Naturalism is one of many expressions of representational art, one with a very high degree of imitation.
See for example a comment with regard to a pretty realistic painting, on facebook (28-10-2014):

Part 1 of the lecture is in my earlier blog (see archive, august 2017).
Part 2 of Imitation and Imagination is following now.

However, the criticism does fit in with my doubts about my own work. For years I was haunted by questions:
● Is naturalistic realism actually the same as copying?
● Is it a lower form of art? Boring?
● A lot of people enjoy this kind of work, but that doesn’t mean it is relevant art.
● Does it add something? After all, reality, the real world, is already there. You should do something to it, with it.
● Shouldn’t you put your personal feelings into your art? 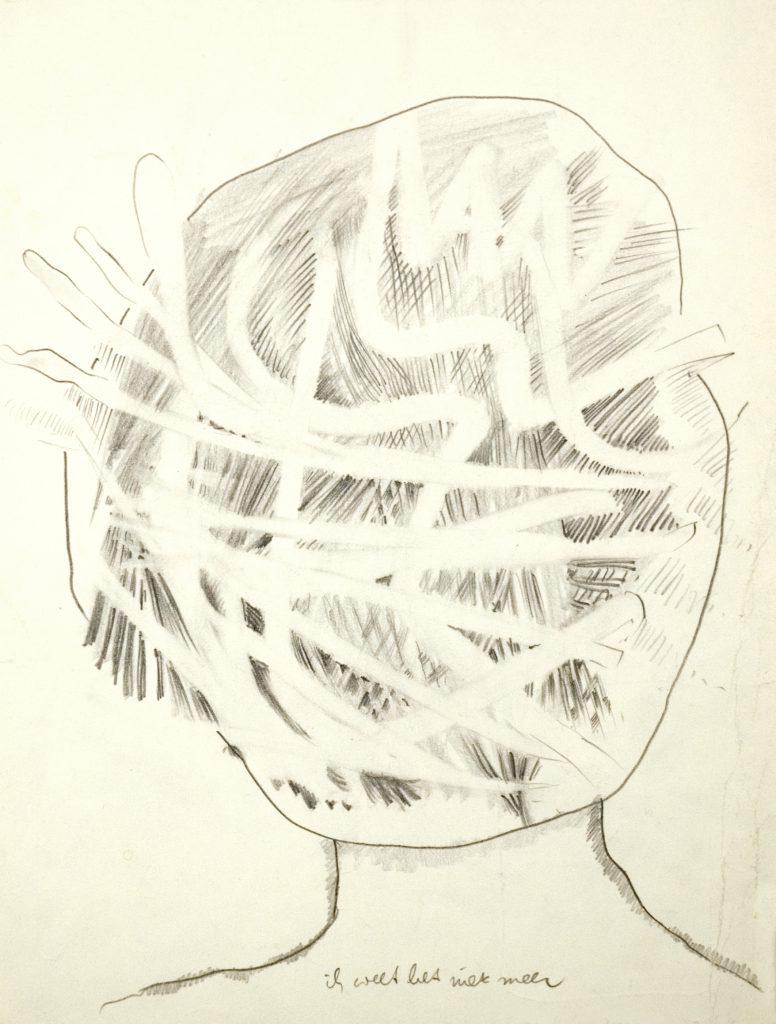 I don't know any more, pencil-eraser-paper

Good art, who judges?
Contemporary realism in the Netherlands has been flourishing for about thirty years now. This is exceptional in Europe. Nevertheless the official art institutions and the media mostly neglect its existence. After thirty years this is strange. The wider public is deprived of a cultural treasure.
Recently a journalist wrote in a prestigious Dutch newspaper that realism can be dangerous, in the context of great skill. Yes, virtuosity is a must, she writes, but the comment ‘It looks like a photo’ is not a compliment. ‘It looks like the real thing’ even less. The artist has to expose himself, otherwise his painting will be only an illustration, not more than a picture. She mentions Henk Helmantel, who said not to be in search for expressing his personal feelings.1 In her interpretation he is doomed to produce mere illustrations, far from high art. 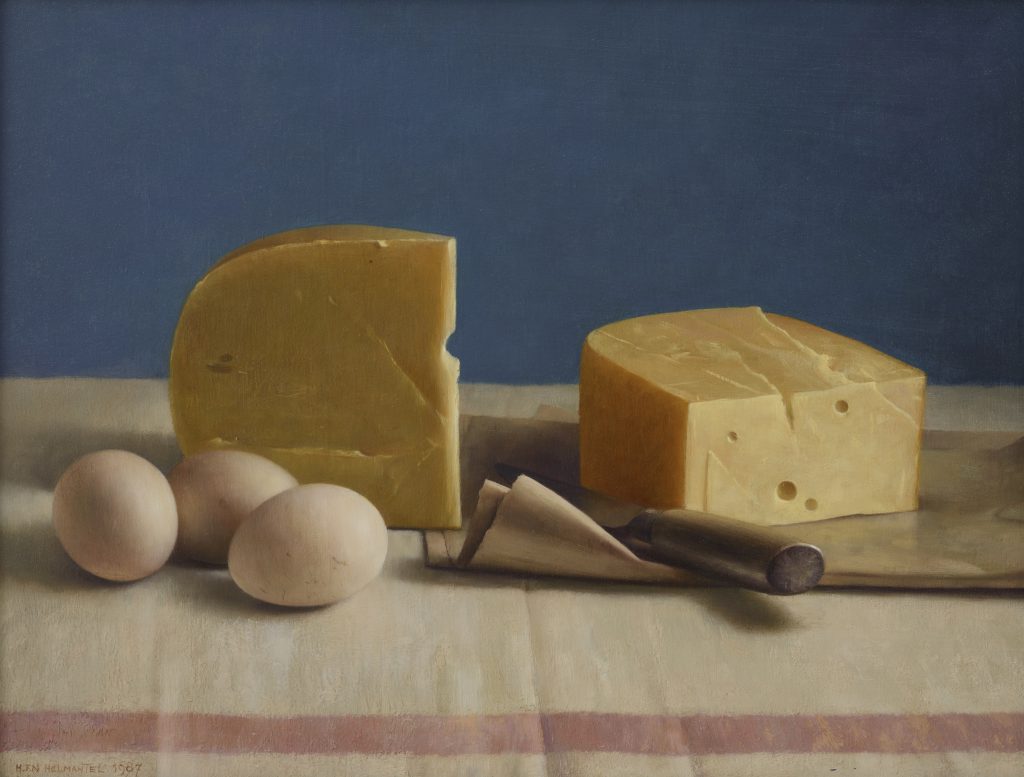 Nothing against personal feelings in art. It is a romantic concept and we have seen great romantic art. But there seems to be a consensus that the personality, the feelings of the artist are primordial, while other approaches are excluded or rejected.
Although it’s not quite the same, this reminds me of Giorgio Vasari who pointed out that besides imitation and invention, good art should possess style and maniera, a personal artistic elegant style.2 True, a style of one’s own will add something to the art.

Well, you could say that my development until now just seems to have taken the wrong direction. Some twenty years ago I made The painter and her model, see the picture on the left. On the right a recent work: Daphne. It went from a loose touch, free colors and free imagination to naturalism.
And naturalism is less focussed on style and handwriting. 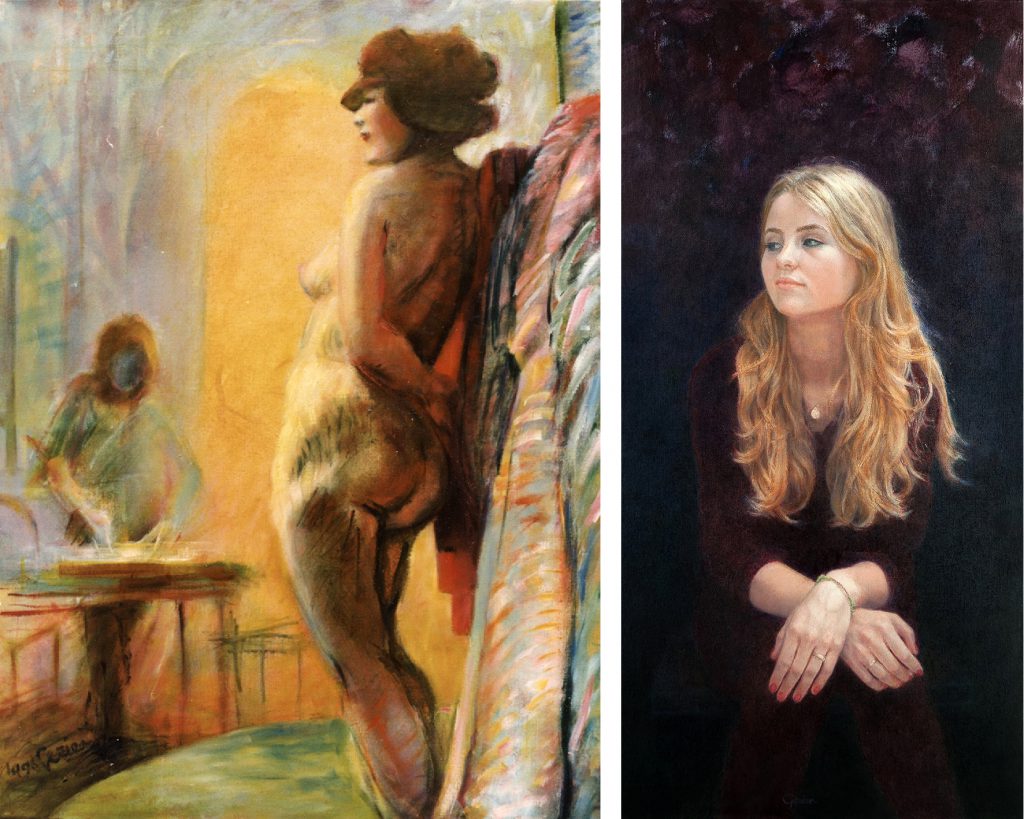 Yes, in my beginner’s years I experimented a lot and I often had a personal spontaneous handwriting. The works of that period will never be dubbed copies or photos. Why on earth did I choose a more naturalistic way of painting? It only complicated things!
The crazy thing was: I couldn’t help myself. More and more I wanted to celebrate the beauty I had seen, to make it my own.

Ancient Greeks
Could it be that the history of art had witnessed earlier discussions about this question? I started on a search.
The Ancient Greeks had a great appreciation of the naturalistic detail. Birds should see painted grapes as real and try to pick them. An anecdote about Apelles clearly illustrates their admiration for imitation. The horse he painted was so life-like, that it is said that the horse of Alexander the Great started whinnying spontaneously on seeing it.

The Greeks had clear views on imagination. The artist should have in mind the Platonic Idea, the perfect form, the supernatural beauty of the object he wanted to portray. This did not come about automatically, because models were only ordinary mortals. Even the most beautiful human body could have fat ankles. Well, in that case you would take somebody else’s ankles!
Idealizing thus, the artist would transcend pure imitation.
So there we have it: Imitation and Imagination... 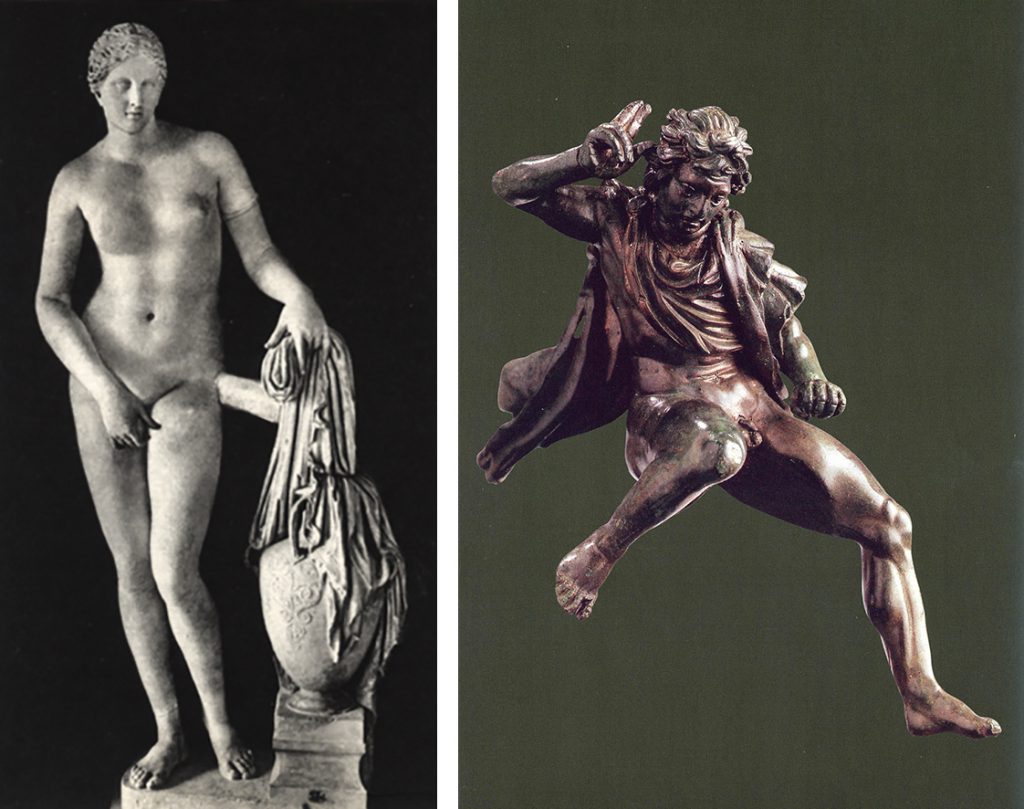 After Praxiteles. Aphrodite, and After Lysippus. Alexander as hunter, both 4th century BC

But suddenly I jumped up. I read about the sculptor Lysippus, who worked at Alexander’s court. He wanted to convey what he saw in a naturalistic manner! Not following the current rules for perfect beauty, developed by the old masters, but his own observation.
We don’t know much for sure about Lysippus. But the sculpture attributed to him, Alexander the hunter, clearly shows a naturalistic realism. Whoever made it, this artist was capable of far-reaching imitation.
I was happy about this Lysippus.

Galería Artelibre invited me to participate in its virtual gallery, in the category of Grandes Autores. This Spanish gallery has artists on its site like Anders Zorn, Natalie Holland, David Kassan.

It is promoting realism internationally, already for twenty years, and that is heart-warming, I think! A special exhibition will celebrate their twenty years anniversary, “20 years, in 20x20” (all works will be 20x20cm). It will travel through Spain, and also visit MEAM, Museo Europeo de Arte Moderno, in Barcelona. My work will be part of it!

Art editor Bekking&Blitz has published art diaries and calendars for 2019. A work of mine figures between artists like Sorolla, Sargent, Kenne Grégoire. 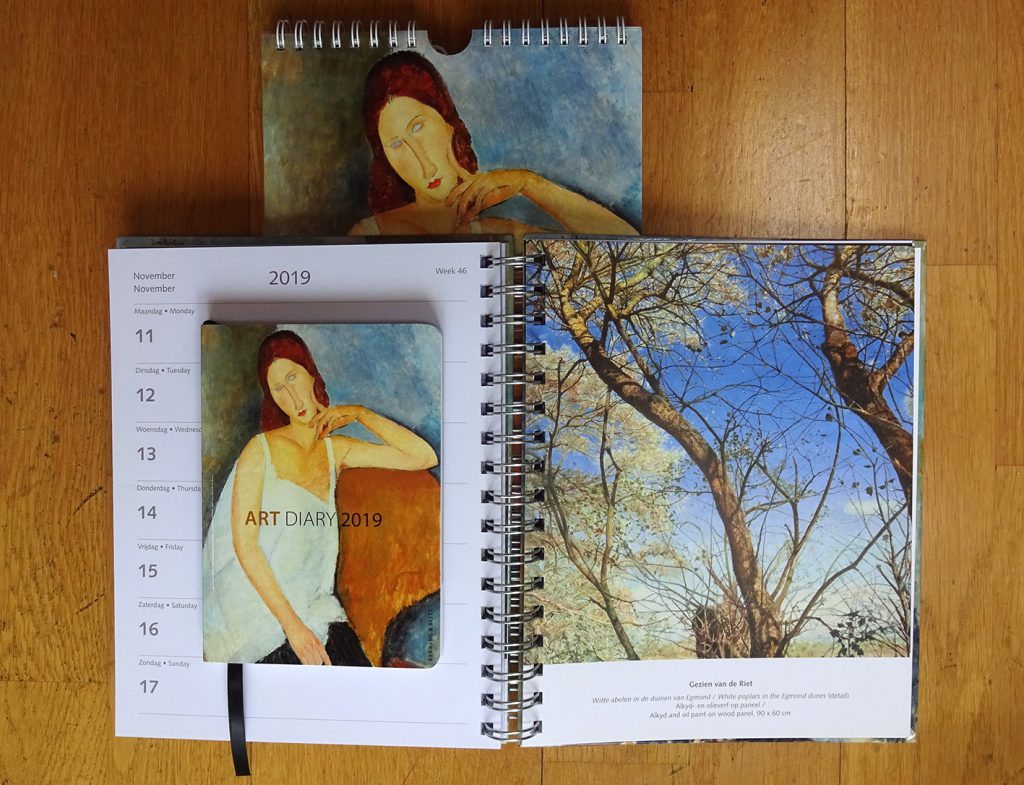 In Brugues I saw an art card of my work in the Groeningemuseum, but it was forbidden to take a photo of it. I explained that it was a work of mine, but no way. Still, I disobeyed and the officer kindly pretended not to see it. 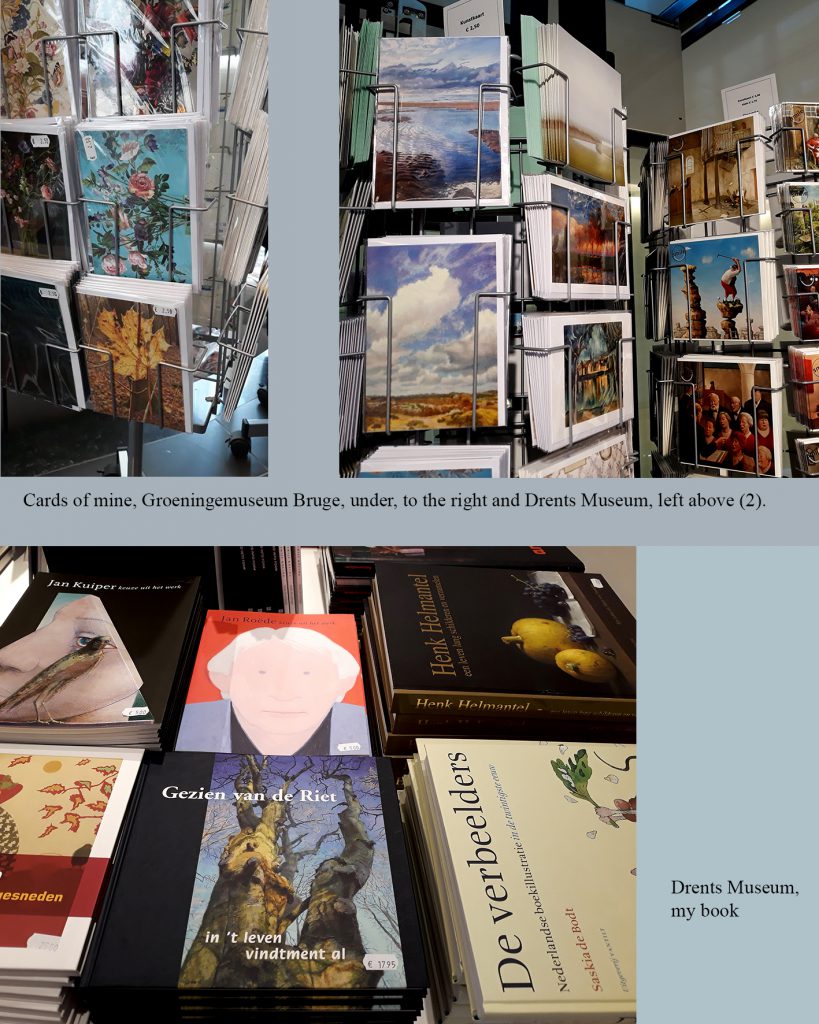 In the Drents Museum of Assen there was another art card, and my book. Stimulating! This helps the brand awareness. It’s the small things that count!