Many people know Diederik Kraaijpoel, champion of a new realism in the Netherlands. In 1989 appeared his book De Nieuwe Salon (The New Salon), that humorously and effectively made a butt of the (post)modernist establishment. 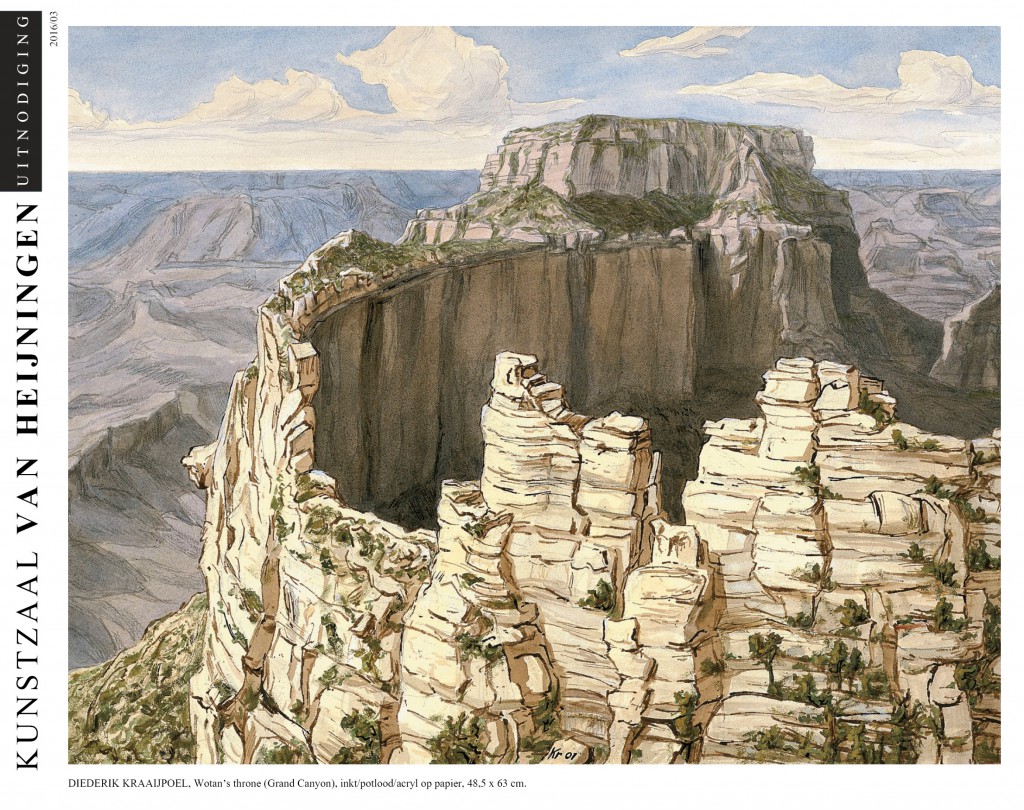 Diederik was an exemplary teacher with a sharp eye, who looked further than his own painting style. He was a painter and draughtsman of impressive romantic landscapes, inspired by the American sublime such as Frederic Church, or by the German Caspar David Friedrich. He was the author of books that belong to the library of every self-respecting artist or art historian. He made true what he always stated: in the judgment of art it’s not about taste, but about insight. Insight in the working of image elements.

In 1989 I worked as a sociologist in Bolivia and there I read De Nieuwe Salon. It was an exciting and funny read. Finally someone told us what was what. In the evenings I studied at the Fine Arts Academy in La Paz and there I tried in vain to explain the Dutch modernist aversion for realism, but people thought it too silly. In Bolivia every expression of art was considered worthwile as long as it had quality. 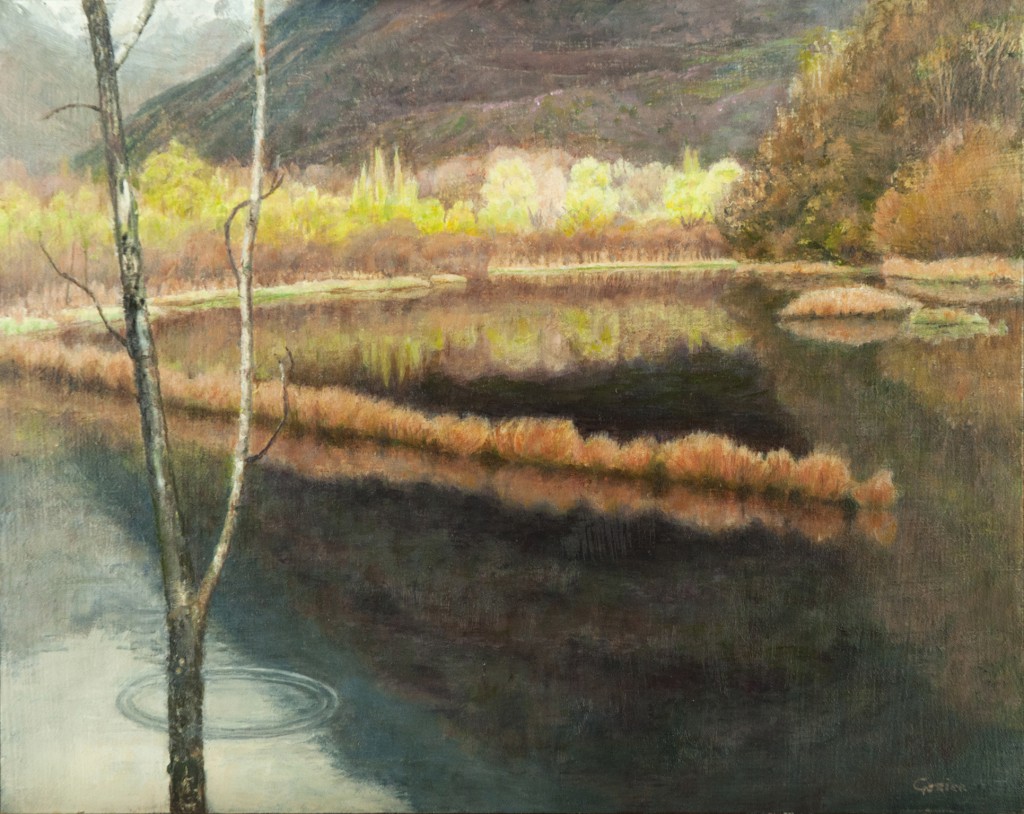 Back in Holland I first met Diederik in the Amsterdam art gallery Vieleers, where he inaugurated an exhibition of Hermann Markard’s work. I immediately spotted a good piece for the Dutch art magazine Palet and I asked him to write it. I also told him about my Bolivian experience. He would later ironically proclaim that his books were read even in Bolivia... Some time after that he confided to me that he wondered at that time: “Who’s that little lady?” Typical.

I promised to show him some photographs of my Bolivian work, but I left my portfolio in the car. When Diederik asked me: “Where’s your portfolio? Or did you suffer from an attack of modesty?” – I had to show him.That was the beginning of a great time for me: once every while I took my work to Diederik’s workshop for a real master class. A friendship followed. I learned a lot, and quite different from the things I learned at the academy in Bolivia, for which I continue to have many warm feelings. 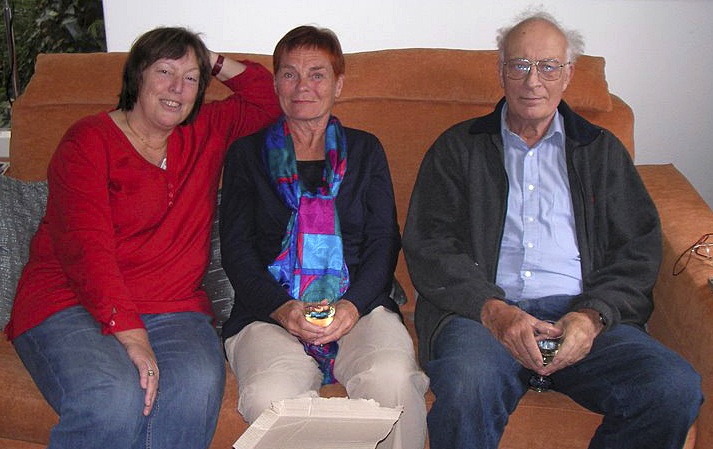 A few years ago Diederik Kraaijpoel passed away and Kunstzaal Van Heijningen in The Hague offered me the opportunity for a co-exhibition. To commemorate him, I chose Kraaijpoel’s work to accompany mine. Two other friends of Diederik’s were invited to participate: Annet Hiltermann and Jan van Loon. Yet another friend of Diederik’s is inaugurating the exhibition: Tom Hageman, founding director of the Klassieke Academie in Groningen, in which Kraaijpoel was also involved. 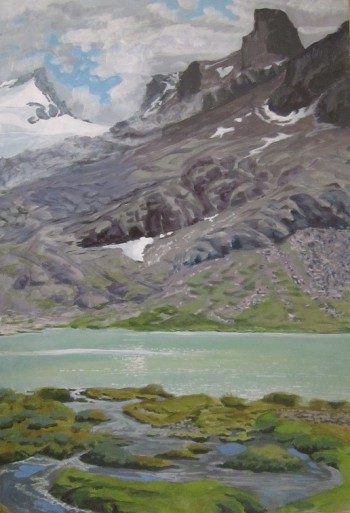 The exhibition takes place at Kunstzaal Van Heijningen, one of the first art galleries specializing in realism. Leo van Heijningen is an art historian and also a graduate from the Koninklijke Academie van Beeldende Kunsten (Royal Academy of Art) in The Hague – a rare combination.

Leo van Heijningen on Diederik Kraaijpoel:
“Diederik Kraaijpoel as a painter is considered to be one of the godfathers of the Noordelijke Realisten (Northern Realists). As a teacher at the Groningen art academy Minerva he emphasized  the craftmanship aspect of painting and devoted a lot of attention to old and new painting techniques and working according to observation. Moreover Kraaijpoel published polemic observations on art, in which he showed himself to be an advocate of figurative art: De Nieuwe Salon from 1989 was his most sensational work. He was involved in an advisory capacity in the birth of Museum De Buitenplaats in Eelde and the foundation of the Klassieke Academie in Groningen. Diederik painted and drew after nature; his favorite subjects were animals, plants, trees and specially desolate landscapes. He himself commented: “But you know, a melody in a minor key is the most comforting.” In this exhibition you can see beside Kraaijpoel’s work also the work of three other artists who want to honor him as a former teacher, colleague or source of inspiration. All three of them have come to this art gallery thru Kraaijpoel’s mediation.” 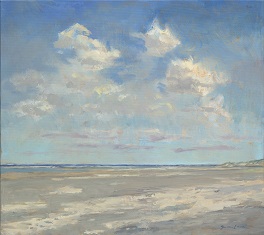