And:
Joke Frima: The Da Vinci Initiative: Changing the Culture of Art Education.
News:
TRAC2018 in the Netherlands, first country in Europe!

Continuum, my dream
A movement! Classical tradition cast in a modern mould, high notes for craftmanship, thinking about what you make –content and form– about your contribution to culture. Becoming stronger together. Moored in official art history. That was my dream, ever since the early 80’s, when I seriously started out drawing and painting.
The classical tradition has known many currents, ever since the Greek Antiquity. Now, a contemporary one is being added to it. Daniel Graves, founder of the Florence Academy of Art, also speaks of a continuum, in stead of a tradition. What all these currents have in common is the representation of the visual reality. That requires a great deal of craftmanship; only think of painting the sky or space: paint is something else... bronze is not the same as flesh...
Beauty, including that of the awe-inspiring or dramatic sort, is also part of that continuum. Not just technique, not just content, but a mutual influencing of both was and is the goal. Art with a capital A, why not? 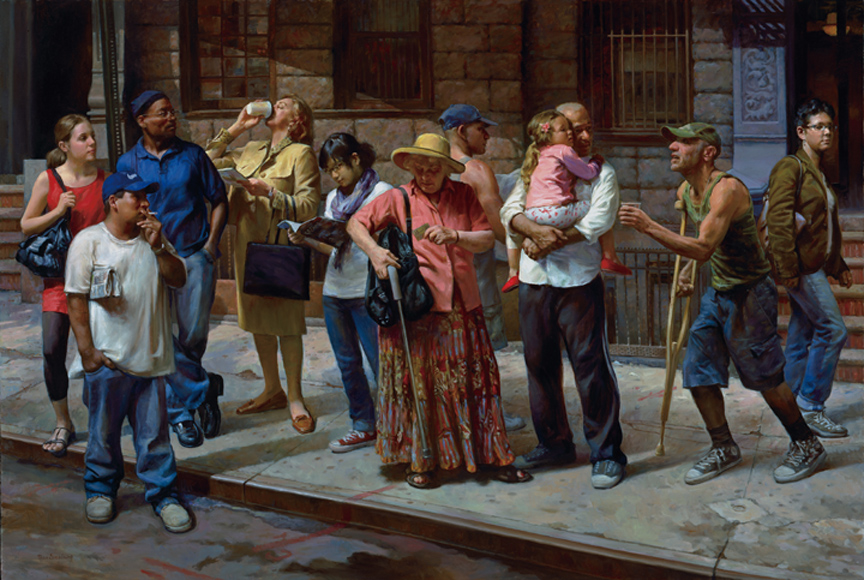 TRAC2014 in California
In 2014 I first glimpsed that that dream could become reality. I saw a message on Facebook about TRAC2014 in California, The Representational Art Conference, aimed at laying a theoretical foundation for the contemporary classical tradition. I had to go there! Words like ‘Renaissance’ and ‘movement’ floated thru an enchanted conference room with more than 300 enthusiasts. Some-one next to me burst into tears spontaneously. Finally out of the isolation that so many had experienced, finally a broad appreciation for the figurative, for realism! Internationally. At the time it was already called ‘the most important movement in today’s art world’. Would it last?
Back in Holland I passed on the message to as many interested people as possible. Read more in my earlier blog ‘TRAC2014. Movement!’ I longed for a TRAC in the Netherlands, in Europe.

TRAC2015 in California
The message resounded among several colleagues. But tickets and hotel didn’t come cheap. It was great that Tom Hageman, Director of the Classical Academy in Groningen, and artist Joke Frima could attend TRAC in 2015. I was supposed to give a lecture on true to nature realism, but unfortunately I fell ill.
It was a pity that in 2016 TRAC couldn’t continue in the same way. A critical moment.

FACE-TRAC-2017 in Miami
But now there’s FACE, the world’s first Figurative Art Convention & Expo! The dream of a movement has come true, the founders say. FACE aims at the corner stones of representational (or figurative, or realist) art. During the event you could participate in model drawing and painting, under the guidance of internationally famed artists, like Max Ginsburg, Steven Assael or Daniel Gerhartz, who also gave demonstrations. And there were lectures.
I had a strange feeling sometimes. On the one hand the focus was on endeavor for quality and vision in connexion with the past, the grand masters of the classical tradition – a strengthening of your own endeavor. On the other hand there was a view at the future: how to connect to a younger generation with a completely different cultural luggage; what does it mean for art that the future human being will be much more artificial, that the latest reproduction techniques make ‘slow art’ obsolete.

What was interesting: FACE invites TRAC to be part of this event. TRAC can continue to build at the theoretical foundation of representational art.
Again there were more than 300 participants, among those Joke Frima and myself from Holland, who now may carry the honorary title of ‘Founding Members’.
It is not just painters and sculptors who participate in the movement. Especially in the U.S. there are all kinds of initiatives of art lovers and art historians, aimed at spreading and deepening the classical tradition, basing it in society and institutions, spreading consciousness to a broader audience, because –let’s face it– artists themselves just don’t have the time for all that!
FACE will be a yearly event now. 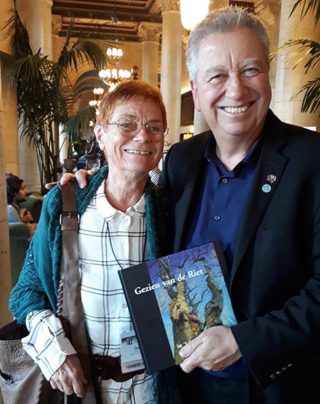 Eric Rhoads with me and my book

Eric Rhoads, founder of FACE, CEO of art magazines like Fine Art Connoisseur, Plein Air magazines, yearly Plein Air Conventions & Expos, and more. FACE selects the best artists who also have the gift to encourage and inspire others thru their demonstrations and lessons. See also Fine Art Connoisseur of December 2017.

They started the magazine Fine Art Connoisseur in 2005. In 2011 they took the initiative for a movement. Some twenty-odd influential artist of world renown were invited to a secret meeting. Sadly enough it could not exceed the level of individual interests. Disappointed, Eric and Peter concluded that the time was not yet ripe.
Nonetheless, the idea trickled thru to:

Michael Pearce, painter and professor at the art faculty of the California Lutheran University. In 2012 he started TRAC, together with Michael Lynn Adams, who quit after 2015.
Pearce described the reason for producing the conference: “Until we did TRAC, there were literally no conferences at all about representational art – which is a strange absence, because there was then and is now a huge amount of representational art, and a very large community of people who are interested in representational art. It seemed like a big gap that needed filling.”

Themes at TRAC
Of the many themes touched upon by TRAC, I mention here: post-modernism and the contemporary classical tradition; the importance of beauty; neuro-esthetics; connexion to the younger generation; ethno-centrism in art critic; art education at school.

Our team had a fantastic time at the Figurative Art Convention & Expo and we can't wait until next year! Thank you to all of the faculty and attendees for making this possible. It was a memorable experience. 🙂 #FACE17

A report of the lecture by Amanda Theis, TRAC2017

Amanda Theis tells us passionately about her work at the Da Vinci Initiative (DVI), that aims at skill-based education. DVI makes up educuation programmes and the idea is to share and use these in secondary schools. It is aimed at the U.S. school system. 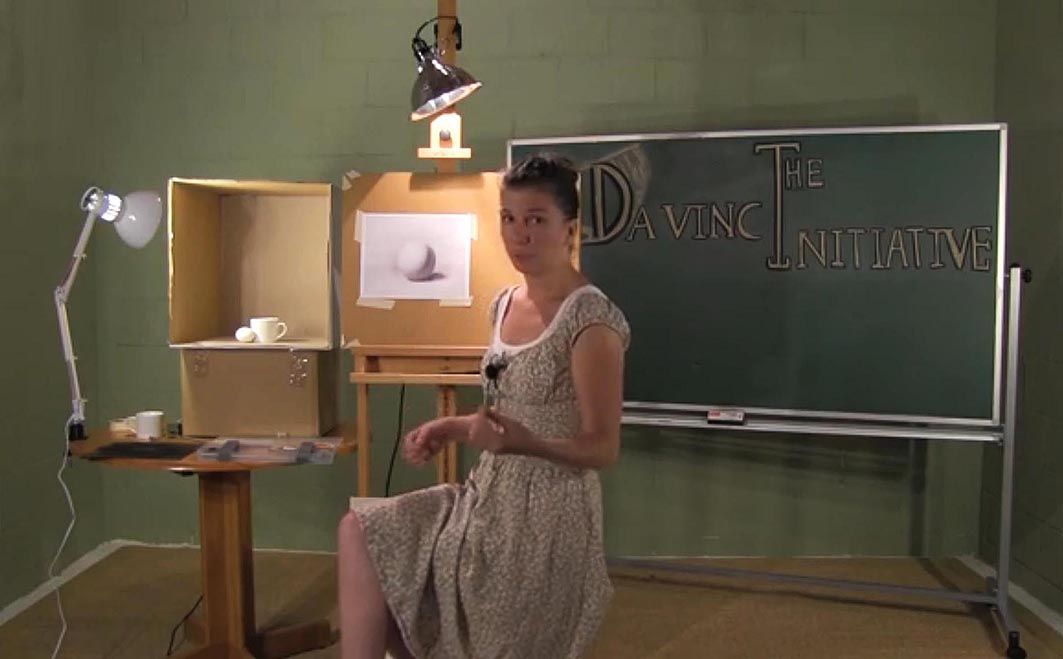 DVI has a YouTube channel with 30 movies of 5 minutes.
Free to watch at: http://www.davinciinitiative.org/ 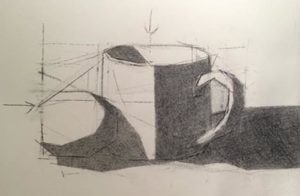 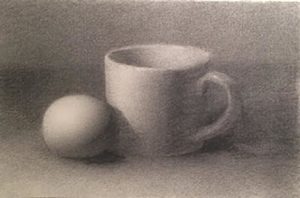 In Amanda’s experience, most art and manual skills teachers believe that drawing, if it has to do with art, cannot be taught. She gathered this wide-spread idea during weekend refreshment courses and summer schools (compulsory for U.S. teachers).
The most important criticism on DVI’s view is that skill-based education kills creativity. But Amanda points out that skills are just tools at the servicie of creativity.
She believes it’s prudent not to talk about modernism during work shops and courses. After being exposed to skill-based education, people are able to draw their own conclusions. Many people actually are visually illiterate, and skill-based eduction opens a new dimension for them. 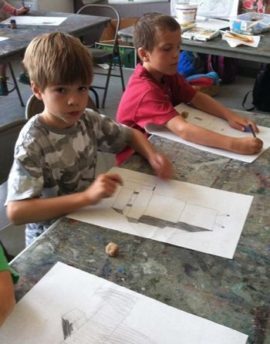 Drawing perspective from life (self made robots) 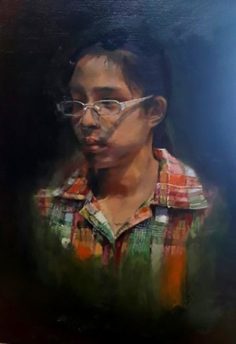 To parents of children who want to study this kind of art, and who may be concerned that there is no future in it, she says: “Skill-based education will not give you a degree, but it wil give you jobs.” Amanda herself has undergone training by Juliette Aristides in Seattle. These kind of ateliers don’t provide a teaching license in America. That can only be obtained at university. The problem is, that art faculties in universities don’t provide for skill-based education. Amanda would like to hear from the participants where she can refer children and young people to for a good atelier training. 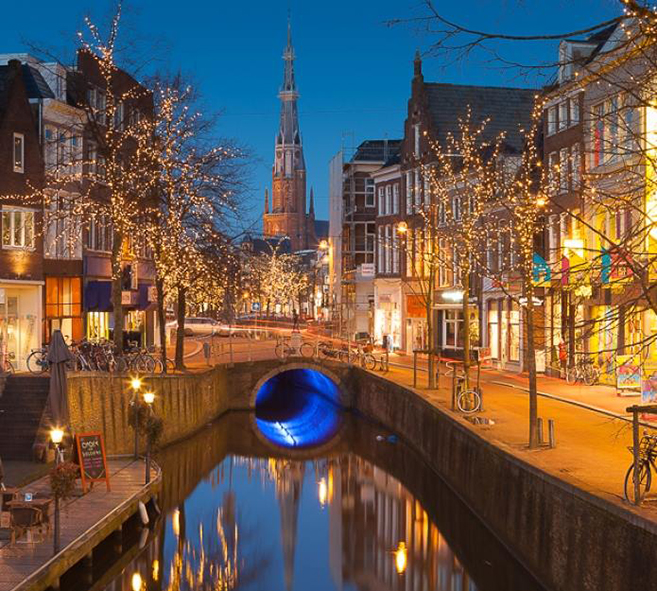 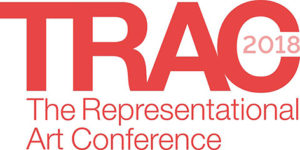