For many years I lived in the mountains, the Bolivian Andes. I used to look up to the eternal snow of Mount Illimani. Back in Holland I missed that, but then I would look up and see the clouds. Or I was standing under a wintry tree and I would see the branches reach for the light, space, the universe. That was the first thing that struck me about the trees. 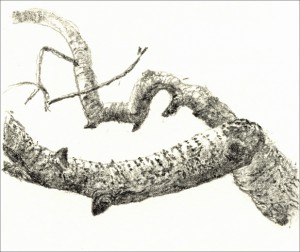 There was more. The architecture of a beech or chestnut, again in winter. The colours of the bark, wet from the rain. The elegant curves of the white poplar’s branches. The roots of the beech. 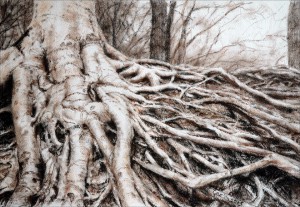 That’s why I pricked up my ears when Huigen Leeflang (Curator of the Rijksmuseum’s Prints Cabinet) inaugurated an exhibition in Galerie Petit (Amsterdam, November 29, 2014). He recounted how painters in the Dutch Golden Age were supposed to depict trees. It was all about variation and differentiation of the foliage, the branches etc. You had to hit on the particular.

“Look ye, if thou copiest with a loose flourish the floundering foliage of the trees, thou shalt depict them each in its own character; for the broom-like Cypress, and the curled Oak-branch do not resemble one another. Linden and Willow differ too much; so do the stems of the Chestnut and the Beech.  Distinguish Rocks, Grottos, Trees, Shrubs, Stems, Rushes, Flowers, Foliage and Branches.” (Fifth Chapter. On Landscape. P.139)

This struck me because I had been painting white poplars or abeles with the intention not just to pay attention to the light, but also to the tree bark, and I wanted to paint the leaves you could see separately as much as possible as little individuals. Risky, I know. But if done rightly, you can compare the detailing to music where every note must be played clearly without fragmenting the melody, where variation in repetition only enriches. That’s what I wanted to try. Of course I had to take into account what was near by and what was far off, and what had to attract more attention and what less.

I’ll come back to the Dutch Golden Age at another opportunity. An age full of treasures. Next posting: is there a new movement of realist art growing in the U.S.? Or as it called there: representational art. 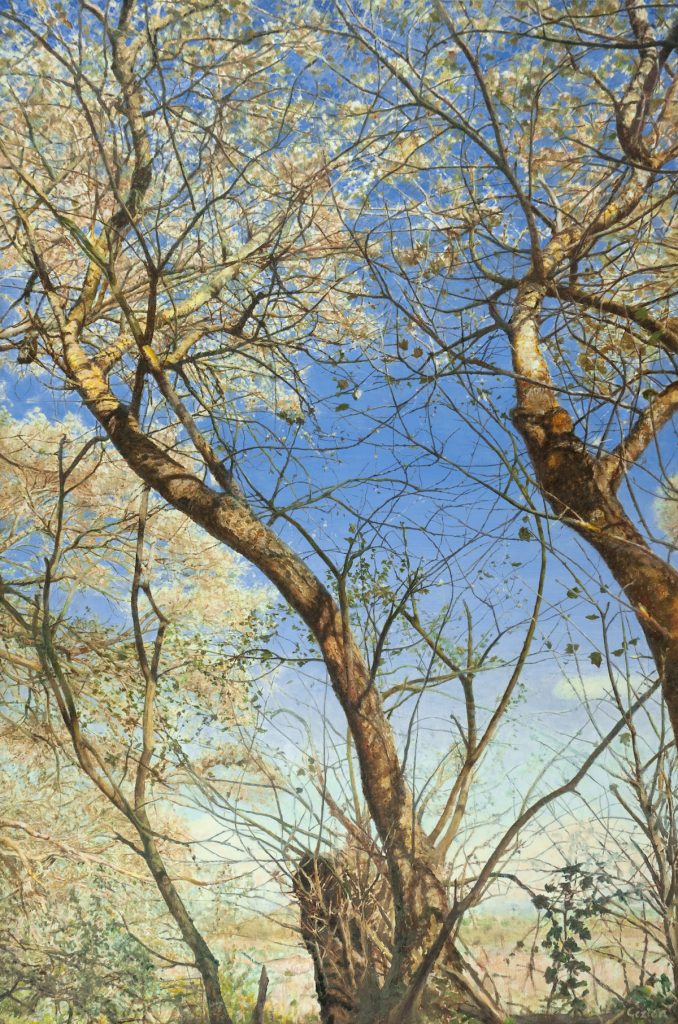 The painting above ‘White Abeles in the Dunes’ is recently selected for participation in the figurative art competition, yearly organized by the MEAM (Museo Europeo de Art Moderno) in Barcelona. I am so glad with it, also because the jury consists of painters as Antonio López García en Odd Nerdrum!